Vermin Love Supreme (born June 3, 1961) is an American performance artist, politician, and activist who has run as a candidate in various local, state, and national elections in the United States. He currently serves as a member of the Libertarian Party's judicial committee. Supreme is known for wearing a boot as a hat and carrying a large toothbrush, and has said that if elected President of the United States, he will pass a law requiring people to brush their teeth. He has campaigned on a platform of zombie apocalypse awareness and time travel research, and promised a free pony for every American. 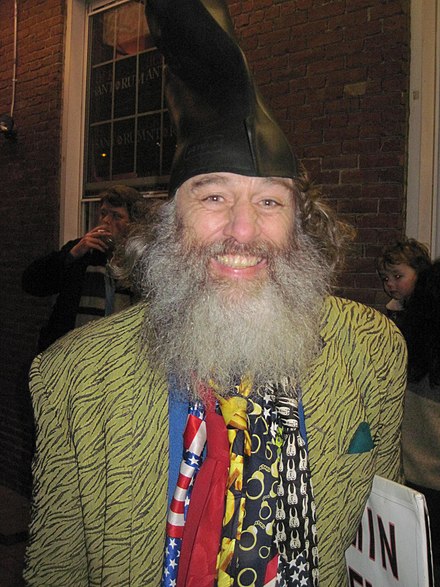